Getting somewhere with the Red Queen: chasing a biologically modern definition of the hypothesis 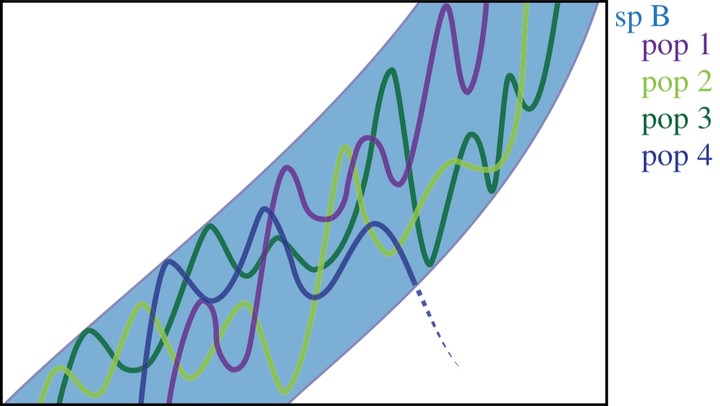 The Red Queen hypothesis (RQH) is both familiar and murky, with a scope and range that has broadened beyond its original focus. Although originally developed in the palaeontological arena, it now encompasses many evolutionary theories that champion biotic interactions as significant mechanisms for evolutionary change. As such it de-emphasizes the important role of abiotic drivers in evolution, even though such a role is frequently posited to be pivotal. Concomitant with this shift in focus, several studies challenged the validity of the RQH and downplayed its propriety. Herein, we examine in detail the assumptions that underpin the RQH in the hopes of furthering conceptual understanding and promoting appropriate application of the hypothesis. We identify issues and inconsistencies with the assumptions of the RQH, and propose a redefinition where the Red Queen’s reign is restricted to certain types of biotic interactions and evolutionary patterns occurring at the population level.